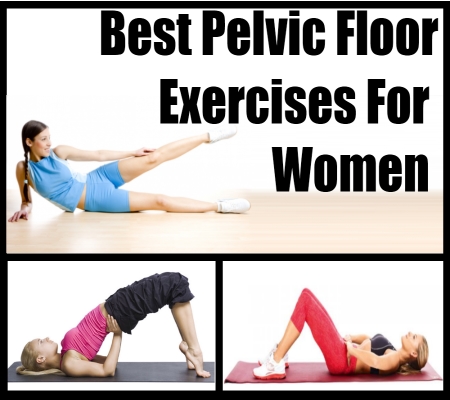 Everything You’ve Ever Wanted To Know About Menopause Treatment Options

There is no fixed formula for treating menopause. Choice of treatment by and large is that of the individual in consultation with his/her doctor. In women the age of menopause, and whether surgery or cancer treatments took place, are factors which must be taken into account before deciding on the most appropriate menopause treatment course of action.

It might be news to some that both menopause and andropause (menopause in men) is caused by a hormone imbalance in the body. Women’s estrogen levels and men’s testosterone levels drop to levels where the hormones cannot fulfill their main function in the body, and needs to be replenished.

Hormone Replacement Therapy (HRT), available in a variety of applications, i.e. patches, creams, gels, tablets, trochets, IUD’s (where the hormone containing intrauterine device(IUD) releases the hormones), vaginal rings which provide the release of controlled amounts of estrogen and progesterone hormones to the body, and a rare choice, by injection.  Dosages vary, and this method is usually administered as short-term relief for one or two years with a maximum period of five years during perimenopause. When premature and surgical menopause are the causes of early menopause, HRT is used until the age of natural menopause, which could be for much longer than five years, depending on the age of the woman subjected to these situations. Estrogen replacement therapy (ERT) remains the most effective option for relief from menopause hot flushes, one of the most common symptoms of menopause in women.

For hot flashes it helps to exercise regularly and to dress in layers. Try and determine what triggers the flushes, i.e. is it hot beverages, alcohol, spicy food, hot weather, etc? Exercise and cutting down on caffeine during the day should aid in getting sufficient sleep, thus curbing menopause insomnia, another of the most common signs and symptoms of menopause.

As part of your menopause weight gain treatment, eat healthy foods like veggies, fruits and whole grain. A healthy eat plan will take care of unnecessarily gaining weight during menopause; something every women experience when menopausal.

Discomfort during intercourse which is caused by menopause vaginal dryness can be overcome by an over-the-counter lubricant like Astroglide or a moisturizer like Replens or Vagisil. Staying sexually active will prevent vaginal dryness.

Smoking is known as one of the contributors to early menopause. Smoking increases risks which are generally associated with osteoporosis, stroke and heart diseases. It also increases occurrence of hot flashes and causes cancer.

Alternative medicine seems to be the choice of many. Menopause natural treatment, considered by many to be effective, includes foods like soybeans and chickpeas. Estrogen occurs naturally in these foods; the estrogens are known as phytoestrogens.  Phytoestrogens consist of two types namely isoflavones which is found in chickpeas and soybeans, and lignans which is found in flaxseed, some fruits and vegetables and in whole grains. Some studies however have found these estrogens to be ineffective in combating hot flushes.

Scientific studies failed to prove that vitamin E is beneficial in bringing relief from hot flushes. Daily intake of between 400 and 800 IU (international units) of vitamin E is suggested; these quantities might prove unsafe though.

Although widely used for treating menopause hot flushes, the herb black cohosh, which is a phytoestrogen, is not believed to be very effective in bringing relief from menopause symptoms. In fact, it is documented that black cohosh can cause liver damage.

Yoga’s different postures, breathing techniques and meditation are also believed to bring some relief from hot flushes during menopause naturally.

Menopause dietary supplements some people swear by are wild yam, chasteberry,dong quai, evening primrose oil and licorice. Scientific evidence of how safe these are and whether effective is sorely lacking still.

Before embarking on a course of herbal remedies for menopause and dietary supplements to combat menopause, consult your doctor. These can interfere or interact with any other medication you’re taking which is a health risk.

In conclusion: this article merely serves to give more information on the different menopause treatments available; in no way am I trying to prescribe which menopause treatment to use. As with any other medical condition, you need to consult with your physician who needs to conduct a test for menopause to determine your hormonal levels, especially if you suspect it’s either premature or early menopause you might be suffering from. Your doctor is most familiar with your health in general, and most definitely also knows your family history which could have a bearing on the choice of menopause treatment options to pursue.

Read about other hot flashes remedies…

Hey guys and gals, tell us what brought relief from your menopause symptoms? Lets help one another with which menopause treatment options REALLY work…

Cooking at home can help you in your weight loss journey.  Restaurant meals are a treat.  They eliminate cooking, clean up, food shopping and preparation.  However, many restaurant meals are not prepared in healthy ways, they can contain preservatives that aren’t good for you and the portion sizes are generally

The New Way to Pay for Dental and Vet Care

The Energy Drink Market is Charging Forward at Full Speed

Why You Should Choose Outdoor Travel

The Tight Ties Between Sleep and Stress