By: Sonia Preiss
In: Women's Health 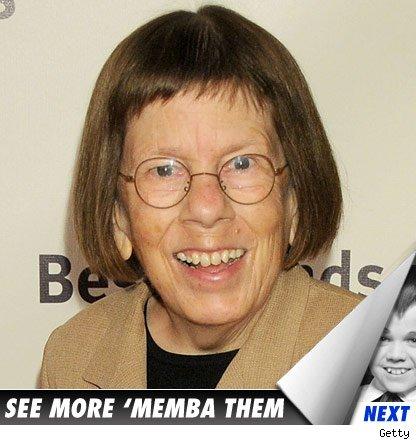 You are in early menopause when you have not experienced menstrual periods for 12 months. At what age does menopause normally start then? The age for menopause symptoms to start appearing is between 45 and 55, with 51 being the average age in the United States. Premature menopause means women also stop having their periods, but it occurs before the age of 40, and only in about 1% of women.

“Premature ovarian failure refers to a loss of normal function of your ovaries before the age of 40. If your ovaries fail, they don’t produce normal amounts of the hormone estrogen or release eggs regularly. Infertility is a common result.

Should the above describe you, suffice to say you need to seek medical advice. Your gynecologist should perform tests to determine the course of treatment. Some of the complications with premature menopause are osteoporosis and infertility.

Research shows that early menopause causes are as follows:

Autoimmune disorder: the body perceives substances and tissues normally present in your body as a threat. It then attacks itself by sending antibodies to destroy the “invaders”. Your ovaries are attacked; in the process destroying the reproduction function. Diseases falling in this category are hypothyroid and hyperthyroid. These thyroid diseases cause hormone levels to drop, which could result in the cessation of menstrual cycles which in turn leads to early menopause. Many of the hormone imbalance symptoms experienced are hair loss, weight gain, stopping of menstrual periods, palpitations and sweats that may seem like either hot flushes or night sweats, but are symptomatic of thyroid disease as well. It is therefore imperative that tests are conducted for a proper diagnosis.

Chemotherapy and/or radiation therapy: damage to the ovaries occurs when they’re subjected to the frequent and high doses of treatment used to kill cancer cells. Even low dose/short term treatments could lead to infertility.

Chromosomal Irregularity: Women are normally born with 2 x-chromosomes. When only 1 of the 2 x-chromosomes functions normally and the other has a defect sometimes caused by a hereditary disorder called fragile x syndrome (caused by a change in the DNA structure of the x-chromosome), normal ovarian development is affected. Another disorder known as Turners’s Syndrome, also affects the development of women in the sense that they either have only 1 x-chromosome; or they have both, but one of the x-chromosomes is abnormal. Both conditions interfere with the development of the ovaries which are needed to produce sufficient levels of estrogen to bring relief from the symptoms of early menopause.

Hyperprolactinemia is the condition caused by the human body when it produces too much of the hormone prolactin in the blood of women who are not pregnant. The higher production is caused by stress, certain foods, exercise, herbs such as red clover, nipple stimulation, underactive thyroid, etc. Prolactin is responsible for the production of breast milk in pregnant women. Progesterone is the hormone which is produced after ovulation and high levels of prolactin in the blood causes a decline in this production. The lower levels of the hormones can cause irregular patterns in ovulation and menstrual cycles, or even result in breasts not producing milk when pregnant. Hyperprolactinemia could therefore cause women’s menstrual cycle to stop altogether, which is one of the causes of early menopause.

Hysterectomy: is the surgical removal of the uterus, which means both ovaries are still intact and will continue to produce hormones. Falling pregnant is however not possible as the uterus is required for this. Blood supply to the ovaries may be affected due to the surgery, causing hot flushes.

Bilateral oophorectomy:  surgery whereby both ovaries are removed; brings about menopause straightaway. The woman’s menstrual periods stop and hormones drop at a rapid rate since the ovaries are no longer there to produce hormones. The signs and symptoms typically associated with menopause (hot flushes and diminished sexual drive) are immediate, and probably more intense than when menopause is experienced gradually.

Surgical procedures: include tubal ligation (permanent sterilization where the ovum is prevented from moving from the ovary to the uterus by sealing the fallopian tubes) and removal of a cyst from one of the ovaries. Blood vessel damage could interfere with the flow of blood to the ovaries which could lead to ovarian failure.

Tamoxifen: is a preventative drug prescribed to women who are potential breast cancer candidates. It blocks the actions of estrogen which causes certain types of breast cancer to develop. Your body should now as a result of this “hindrance”, start producing more FSH (follicle stimulating hormone). Incidentally, this is the key test to ascertain whether you are menopausal or not. This hormone regulates the development, growth, pubertal maturation, and reproductive processes of the body. Side effects of the drug include abnormal menstrual periods, nausea, and also symptoms typical of menopause, i.e. hot flashes and weight gain.

Cushing’s Disease: is a condition where the pituitary gland releases too much of the adrenocorticotropic hormone (ACTH). Too much ACTH stimulates the production and release of the stress hormone cortisol, which cause the typical signs associated with Cushing’s disease namely upper body obesity, rounded face, pink or purple stretch marks on the skin, etc. Women experience thicker and more visible hair growth on thighs, chest, neck, face and abdomen. Menstrual cycles are irregular or stop.

Early menopause risks include, but are not limited to heart disease, osteoporosis, glaucoma and thyroid disease. It is strongly recommended that all menopause matters are discussed with your doctor so an early menopause test can be performed. The most important, as mentioned earlier, is the FSH test which will determine FSH levels which cause the ovaries to produce estrogen. FSH levels above 30 or 40 mIU indicates menopause. Treatment should be decided upon in consultation with your doctor. Many factors will determine the best course of action to take; include how serious and disruptive symptoms are, risks based on family history, different treatments available, etc.

How are early menopause causes treated?

In Conclusion: When considering the list of early menopause causes, it would seem there really is nothing one can do to prevent early menopause…unfortunately.

As one of the lucky ones who only started with menopause symptoms at the age of about 54, my heart goes out to anyone who is afflicted with any of the causes for early menopause discussed in this article.

Let us know what brought about early menopause for you. Are you coping OK? Tell us all about it…it may be very encouraging to some of my readers to know they’re not alone …thank you!

2014-06-18
Previous Post: First Signs of Menopause: Everything You Need to Prepare for the Change of Llife
Next Post: Menopause In Men

Before installing your windows, you should understand the key elements of your new window Because windows are the last line of defense against water damage, they need to be installed by a trained professional Wood windows require regular maintenance …Read more END_OF_DOCUMENT_TOKEN_TO_BE_REPLACED