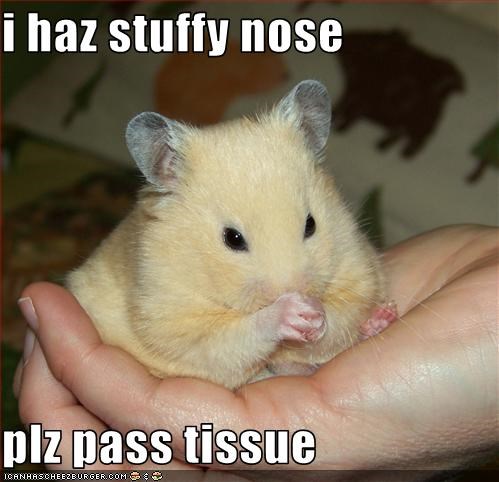 Which home remedy for sinus congestion will work best for YOU?

Which of these will be your favorite home remedy for sinus congestion?

Here are some sinus congestion remedies which will help to keep the nasal passages moist:

Place the grated ginger in the measuring cup.

Pour boiling water into the measuring cup until it reaches the 1-1/2 cup mark on the glass. Let the tea sit, or steep, for 10 minutes.

Place the cheesecloth or coffee filter in a coffee mug and fold the edges over the outside of the mug. Hold it firmly in place with one hand and slowly pour the tea through the cloth into the mug. Remove the cloth or filter.

Add lemon and honey to taste.

Brew ginger tea as above. Let it cool slightly until it’s still hot, but not hot enough to burn you when you dip your finger in.

Dip a hand towel into the hot tea and squeeze out the excess.

Lie back and close your eyes. Place the tea-soaked towel over your face and breathe in the steam. Repeat four to five times, or until the tea is too cool to use.

What are your thoughts? Tell us about your favorite home remedy for sinus congestion by commenting below…

In 2020, a national student financial wellness survey uncovered shocking truths about college student struggles More than half of respondents showed signs of food insecurity while over 10% had experiences with homelessness Worries about food and …Read more END_OF_DOCUMENT_TOKEN_TO_BE_REPLACED