The Most Common Coffee Myths Busted 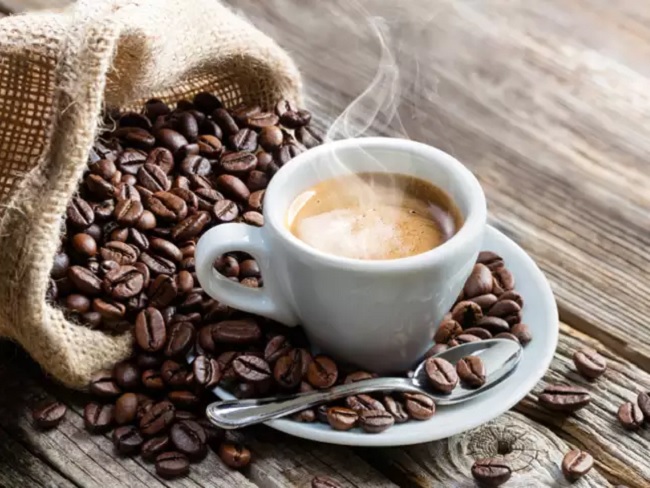 We live in an information age. Digital technologies have democratized the media, meaning anyone can send pretty much any message they want. For the most part, this is good news. It allows for a greater diversity of information, and it also breaks down our reliance on traditional media.

However, there is a dark side. Because anyone can say anything they want, it’s easy for misinformation to spread quickly. There are lots of examples of this, but a good one is coffee. This is an instance where long-held beliefs combine with misinformation, and this has left people with the wrong idea about coffee. Since this is one of the most widely-consumed beverages in the world, it’s important to get the record straight. Here are some of the most common myths about coffee and why they are in fact myths.

Coffee is loaded with calories and can be fattening

This can be true, but it’s not coffee’s fault. Rather, it’s how we drink it. Mocha caramel cappuccinos are loaded with heavy cream and sugar. This is the part that’s bad for you, not the coffee itself. Black coffee has practically no calories. If you don’t like black coffee, then consider using low-fat or skim milk with natural sweeteners such as stevia or honey.

Coffee messes with your sleep pattern

It’s true that caffeine gives you energy, and it’s also true that it takes the body a while to break down caffeine. For most people, to maintain good sleep patterns, it’s a good idea to stop drinking coffee by the early afternoon and to limit caffeine consumption to around 400g per day. But know that everyone’s body is different. Some are affected more than others, so it’s not fair to coffee to emphatically declare it will automatically give you insomnia.

For a long time, it was thought that the coffee roasting process produced a chemical that can cause cancer. And with California’s recent law requiring coffee to be labeled as a cancer threat, more and more people are becoming concerned. But this is simply a case of misinformation. The World Health Organization removed coffee from its list of potentially carcinogenic substances several years ago. And in fact, lots of robust studies have come out indicating coffee can actually have loads of positive health effects on both the brain and the body.

Caffeine is one of the most addictive substances in the world

It’s hard to know exactly where this rumor got started, but once it did, it spread like wildfire. People were making ridiculous claims that caffeine, which is most certainly in coffee, is more addictive than other substances, such as nicotine and even cocaine. This, again, is simply not true. Caffeine is way down on the list of the world’s most addictive substances.

It certainly does have some addictive properties, and people who consume it on a regular basis have indicated things such as headaches or grogginess when they stop consumption. But these symptoms subside quickly and are hardly a reason for labeling caffeine to be a devastatingly addictive substance.

Coffee stays fresh in the fridge

This is something we’ve probably all learned from our grandmother’s or mothers. It makes sense. Everything else we store in the fridge stays fresh and lasts longer than if we left it out. But for coffee, this really doesn’t work. There are two reasons. First, once coffee is roasted, it starts to degrade. About two weeks after roasting, most of the nutritional value of coffee is gone. So, all those recently researched health benefits basically go right out the window.

Second, when stored in the fridge or freezer, coffee absorbs the moisture in the air, and it also takes on the flavors of the other foods being stored. It’s likely your mom or grandmom also keeps baking soda in the fridge. Why? To absorb the smells. The same effect occurs with coffee, and it will affect its flavor and freshness. Coffee is best stored in glass containers in cool, dry and dark places, such as a breadbox or pantry. Or, another option is to simply not store it all and instead have a constant supply of fresh coffee shipped right to your door to guarantee maximum freshness.

The truth will out

There are other myths out there, such as black coffee curing hangovers, but these are the major ones. There’s research to back up these claims, and they represent the cold hard truth. So, the next time you go for your favorite cup of Joe, keep these things in min, and remember to not believe everything you hear.

About the author: Raj is the founder of JavaPresse, a socially-conscious coffee company. He founded his company to make his life better and now he shares his business and wellness tips with others as often as he can. Follow him on Twitter here.

2018-06-07
Previous Post: Genital Issues And The Benefit Of Telehealth Solutions
Next Post: Easy Exercise Activities For The Busy Lives Of The Student

In 2020, a national student financial wellness survey uncovered shocking truths about college student struggles More than half of respondents showed signs of food insecurity while over 10% had experiences with homelessness Worries about food and …Read more END_OF_DOCUMENT_TOKEN_TO_BE_REPLACED