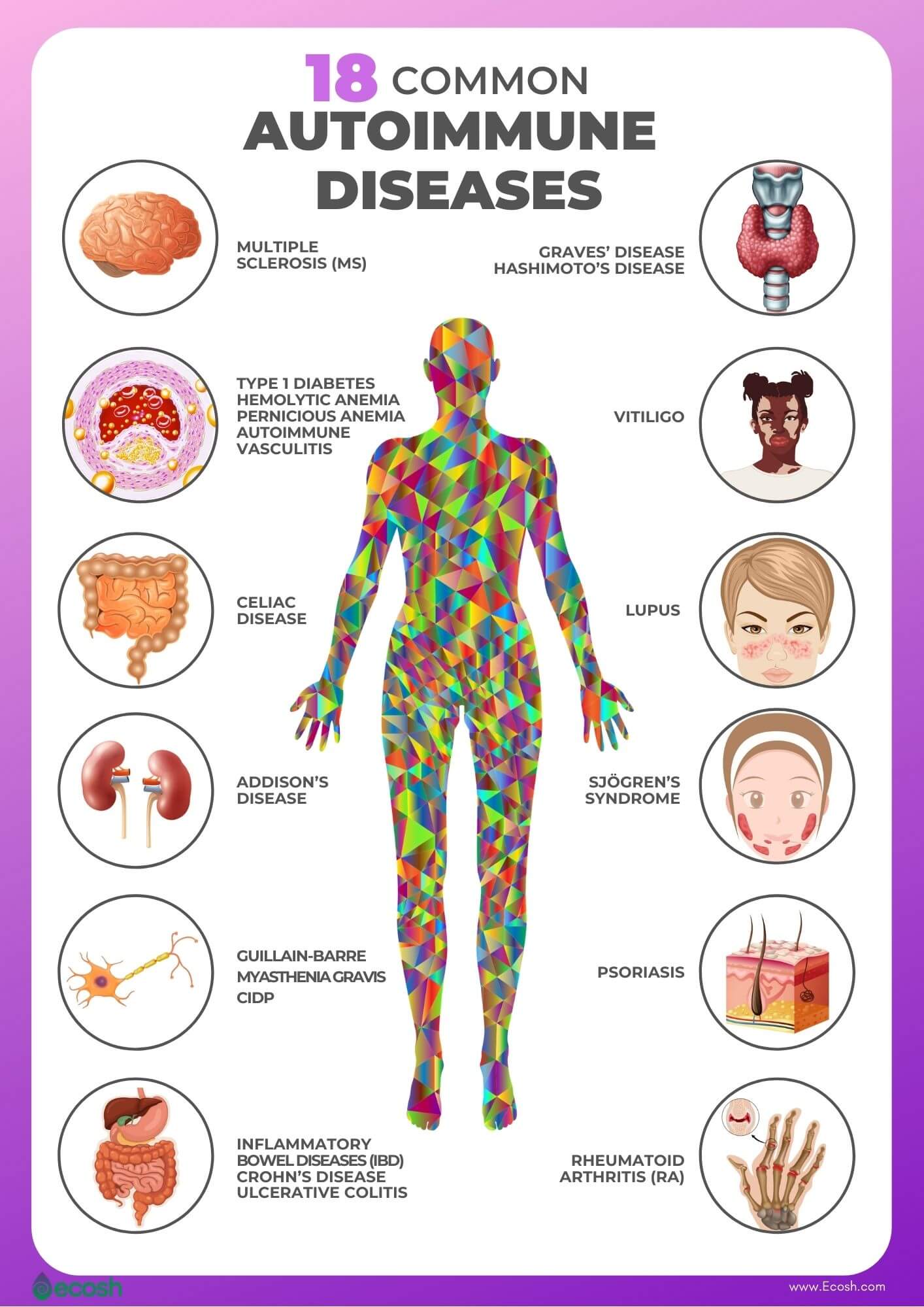 What are Autoimmune Diseases?

When you are healthy, your body’s immune system can tell the difference between your body’s healthy cells and foreign cells.

In an autoimmune disease, however, the body mistakes its own cells as foreign. In response, proteins that are called autoantibodies are released which attack healthy cells.

A healthy immune system works actively against diseases and as such fends off invaders.

When your body’s own immune system turns against your body, you develop an autoimmune disease that can either affect the whole body or attacks specific organs in the body.

There are many diseases of which it is now known are caused by autoimmunity. 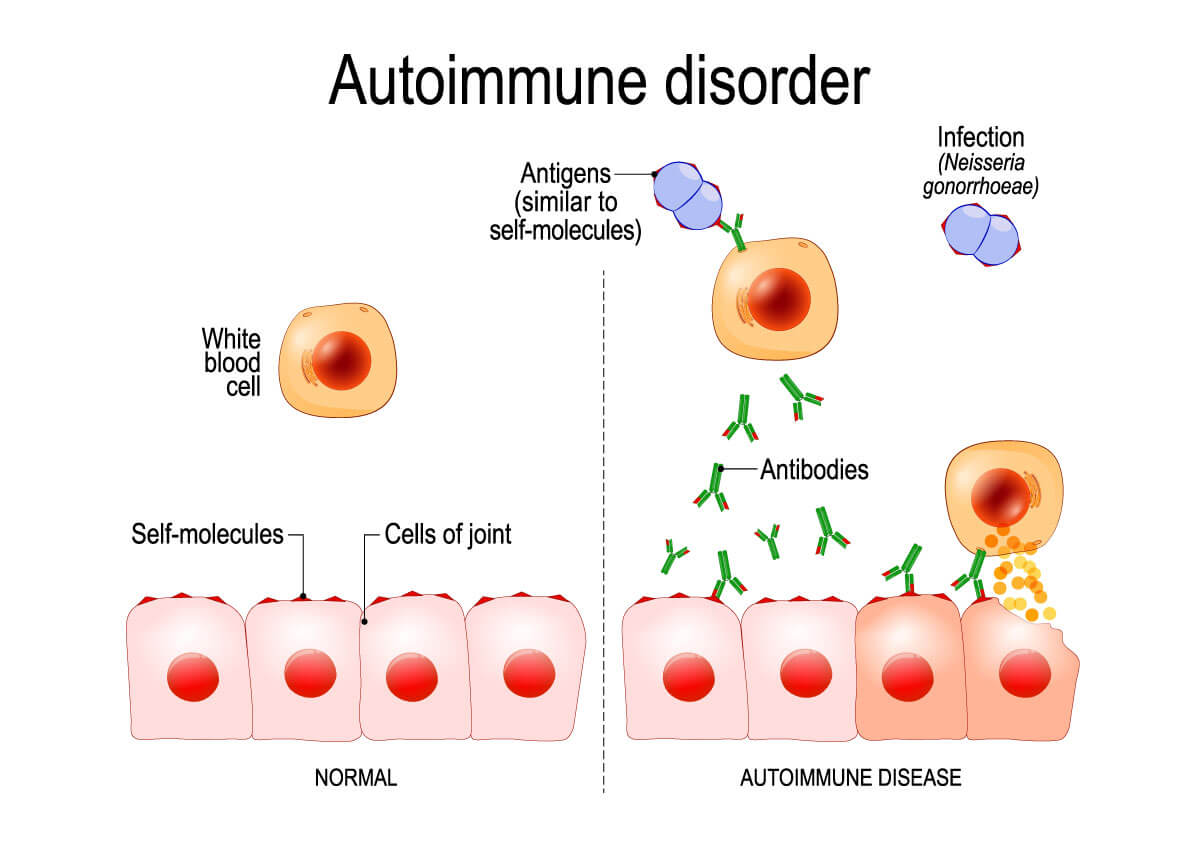 Who gets affected by autoimmune diseases?

Autoimmune diseases occur mainly in adults and less often in children and the elderly.

People with autoimmune diseases running in the family have an increased risk. 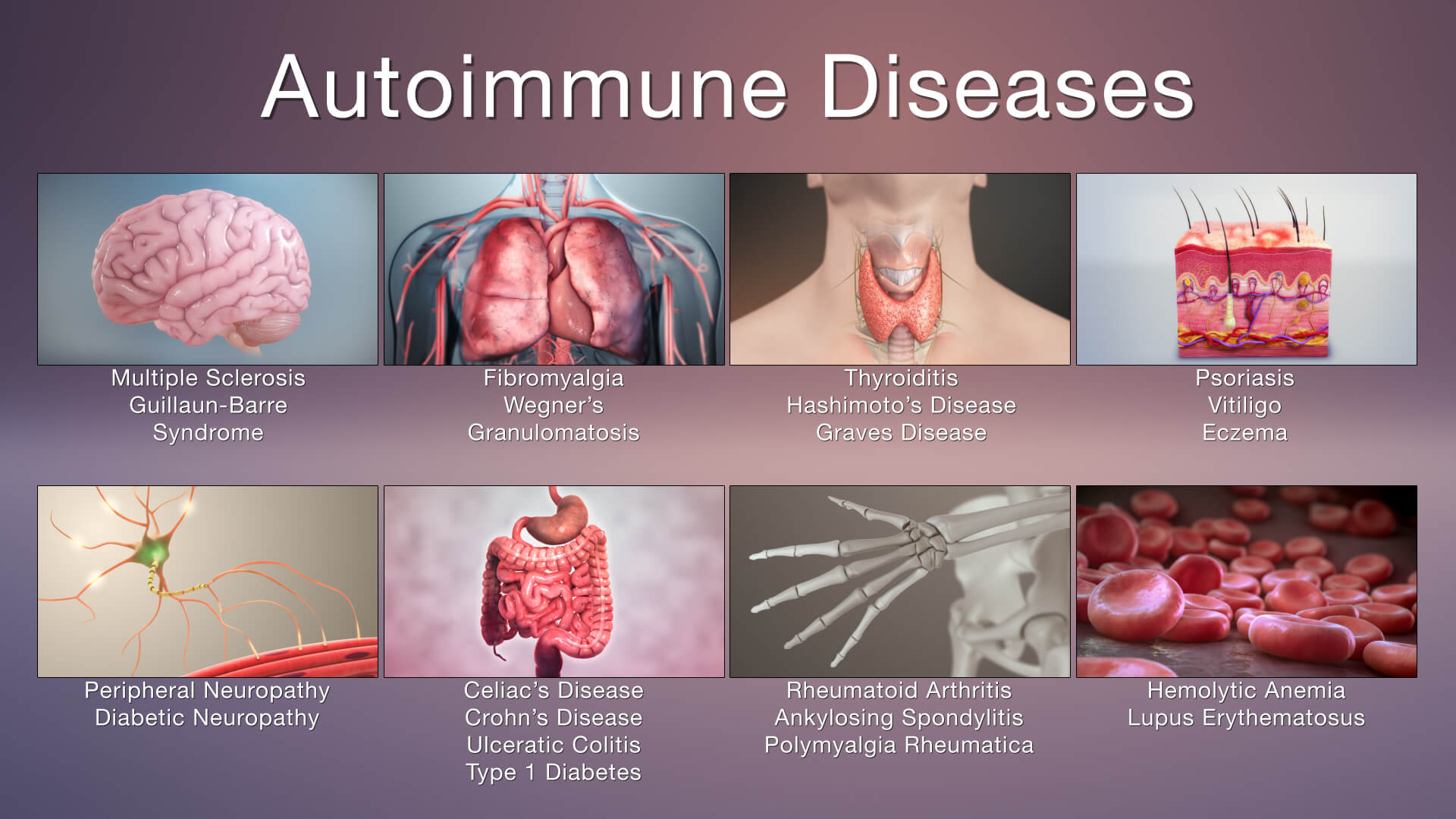 What are the Causes of Autoimmune Diseases?

The cause is still unknown with researchers still trying to ascertain what exactly the causes of autoimmune diseases are.

Autoimmune diseases are more common in some families, so hereditary factors play a role.

There are also certain factors that can trigger an autoimmune response. Think of viral and bacterial infections or an adverse reaction to certain medicines.

Race and ethnic background play a role in the severity of autoimmune diseases in people. Lupus is more severe in African-American people. Type 1 diabetes is more commonly found in white people.

One person can have multiple autoimmune diseases.

Autoimmune diseases are probably caused by a combination of hereditary predisposition and environmental factors such as infections.

Exposure to sunlight and certain solvents may also be a contributing factor to consider as to why some people develop an autoimmune disease.

Autoimmune diseases are more common in women than in men, as hormonal influences may play a role.

Science has been investigating the exact causes of autoimmune diseases for many years.

Is the cause primarily physical or are there perhaps more psychological or environmental factors that need to be considered?

What is certain for the time being is that there is a genetic component. It must be a natural predisposition. However, the predisposition is not certain to develop. It may happen to one individual, but not necessarily to another.

Environmental factors and more psychological characteristics may or may not cause autoimmune diseases to actually manifest themselves.

Aging, stress, infections, and hormonal changes are examples of influences that partly determine whether you will develop an autoimmune disease or not, even if you have a genetic predisposition.

Another risk factor considered by scientists is a diet that consists of high-sugar, high-fat, and processed foods.

How common are these diseases?

Some of these diseases (such as rheumatism, Crohn’s disease, or Multiple Sclerosis) are more common than others (Sjogren’s, Addison’s disease, or Lupus).

Autoimmune diseases are more common in women and especially in women of childbearing age. Geography and origin also seem to play a role, but the research results are not unequivocal about this.

Autoimmune diseases are relatively more common in the United States and other Western countries.

What Are The Common Symptoms Of Autoimmune Diseases?

At the time of writing, there are more than 100 autoimmune diseases in existence. The severity of these ranges from very mild to disabling, depending on which part or organ of the body is under attack.

The symptoms will therefore differ depending on the specific disease. Also, symptoms may be mild in some people while in others it could be so severe it leads to hospitalization.

In general, however, even though there are so many different autoimmune diseases, some of them share similar symptoms.

Some of the symptoms that are similar in some types of autoimmune diseases are:

The classic symptom of most types of autoimmune diseases is inflammation. The inflammation may cause redness, pain, heat, and swelling.

Autoimmune diseases are generally characterized by alternating episodes in which symptoms occur and in which a patient is relatively symptom-free.

What Are The Different Types Of Autoimmune Diseases?

Autoimmune diseases belong to one of the two classes identified as follows:

Systemic disorders are one of the types of autoimmune diseases that affect many different organs and tissue of the human body.

These disorders are characterized by dysregulation of the immune system which gives rise to activation of immune cells to attack autoantigens and result in inappropriate inflammation and multi-tissue damages. Source. 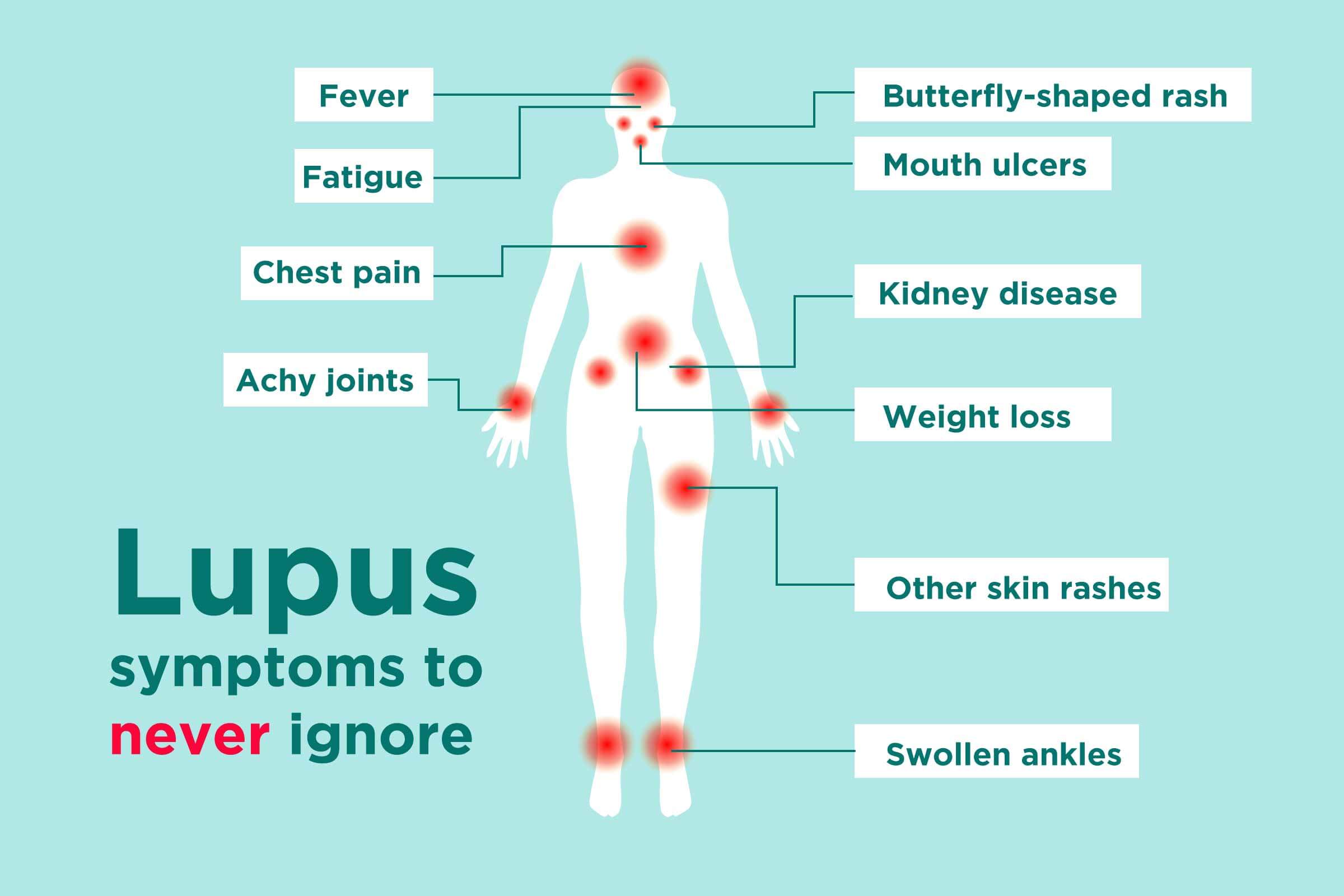 Organ-specific disorders are further divided into different types of autoimmune diseases and refer to a specific organ or tissue: 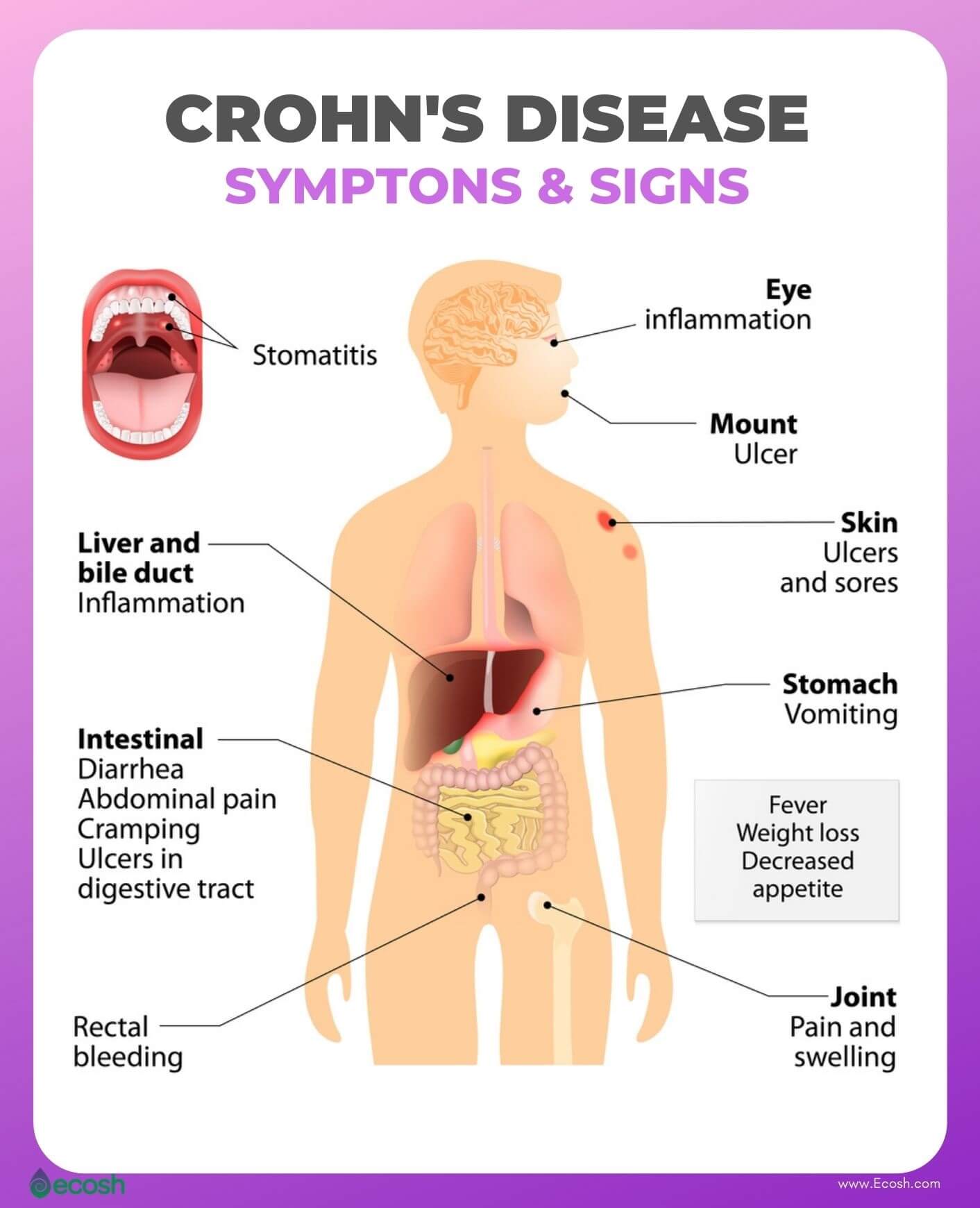 An accurate diagnosis can never be made on the basis of symptoms such as fatigue and recurrent inflammation alone.

The physician may enquire about your medical history during diagnosis.

Generally, the medical practitioner uses a combination of other tests and a physical examination to assist in determining the exact autoimmune disease.

Autoimmune diseases are largely incurable, but there are treatments that can control many of the conditions.

As mentioned earlier, a critical symptom of autoimmune diseases is inflammation and this subsequently is also the main reason for not feeling well.

To combat the diseases, anti-inflammatories and immune-suppressing drugs are prescribed.

In aggressive forms of autoimmune diseases, suppressing the immune system is the most important.

When you, however, suppress the functioning of the immune system, the body is also less able to fight off real invaders. There is therefore a greater risk of bacterial and viral infections. 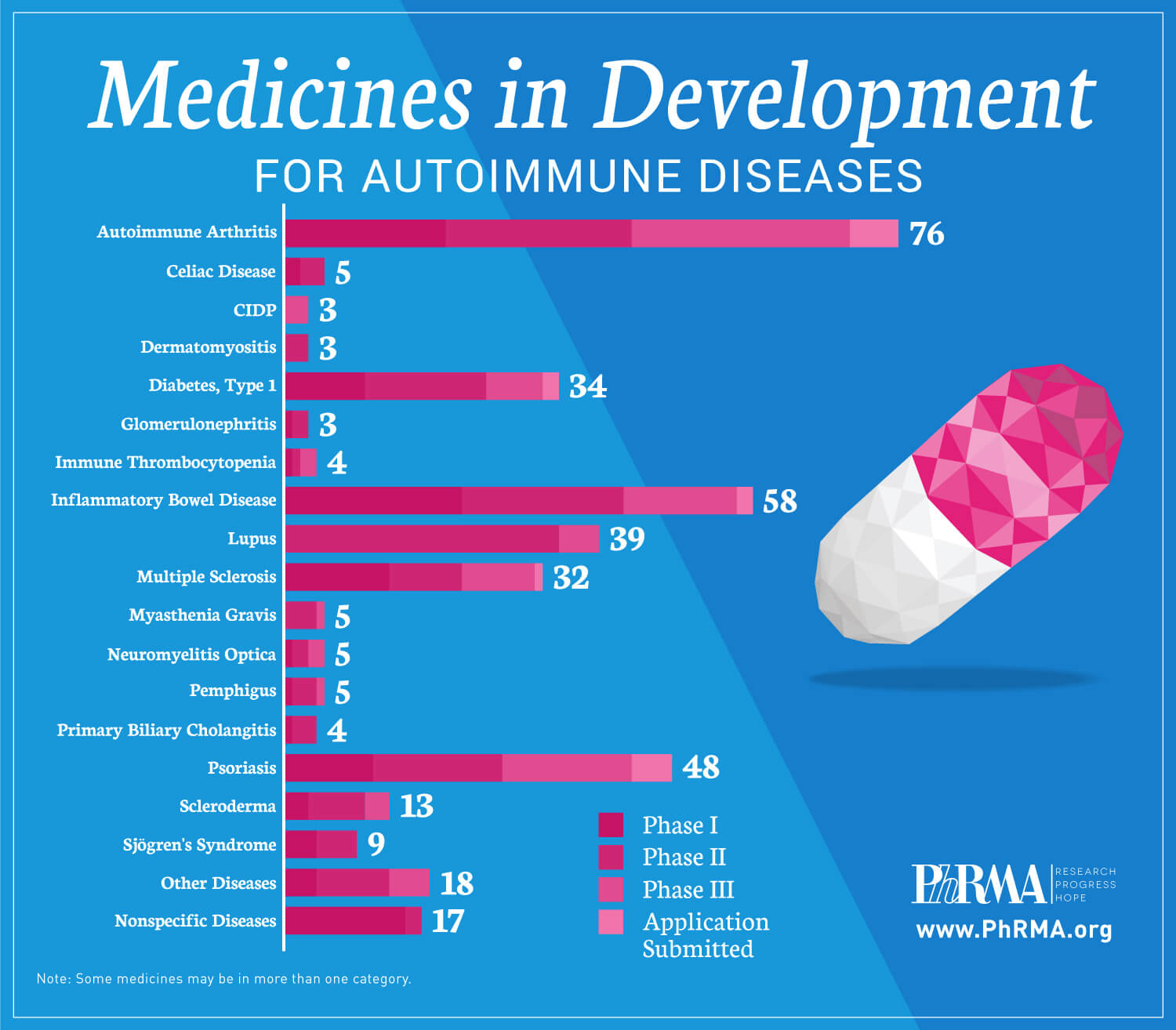 Treatments that are generally prescribed for autoimmune diseases are:

In general, it is quite possible to live with autoimmune diseases treated with medication.

On the whole, those affected by any one of the autoimmune diseases experienced them as very difficult.

With most autoimmune diseases, you can grow old. You will, however, live a life in which you often feel very ill and be unable to do as much as other people.